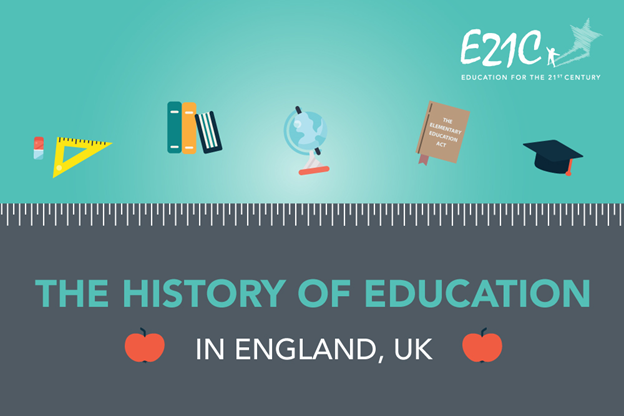 HISTORY OF EDUCATION IN UK

History of education in UK that is formerly England started in 597 and initially, it started to become more prominent and by the time, many changes were made within the education system in UK. Primarily education was reserved for the male gender and for the elite class.  However, education in UK has a prolonged history based on some important events and some remarkable acts. These events have led towards a perfect system of education, which is now recognized in the world.  law assignment help presents you the brief history of UK education system via this article. Hope you will like it. 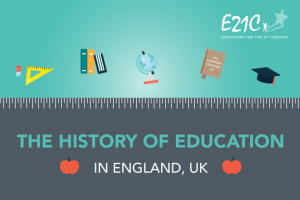 Formerly, the focus of education was dependent upon the education of priests, as it was considered the more important persons to seek education. St. Augustine is highlighted as the prominent figure who introduced the education system in UK, although it generally teaches the priests. However, he founded two basic schools for teaching, generally in Rochester and Canterbury.

The focus of these schools was based on teaching Latin to the priests- such schools were called grammar schools and for cathedral chores-, training schools were formed to teach singing. The curriculum designed at that time to teach languages and clergy; this last for about one thousand years. In addition, it was accordingly maintained by all the large churches and cathedrals.

However, at that time, education was limited to the male gender, expressly. Moreover, the age of pupil studying at that time varies from eleven to fourteen years. For others who did not want to study priesthood, were given chivalric training at their house. Latin, just not being the language of religion, it was also the medium for trade, diplomacy, and law.

In addition, it was the era of trade, which leads to the high demands of grammar schools. Other than trade, some other subjects were also into consideration, but that was out of the league of church and those subjects included philosophy, medicine. Therefore, some free grammar schools used to teach these subjects, and they started to get representation from the year 1150 and onwards. Richard 11, in 1931 banned education for serfs.  Although they were a great part of the economy, still no one came against this attitude, and this was continued for 500 years.

Education for the elite started in 1382, Winchester grammar schools they changed the rules and regulations of the previous grammar schools that were set up and controlled by the church. However, Winchester College became a legacy for other colleges such as Oxford and introduced the universities for higher education.

Winchester was a new way of educating people; it also changed the previous system of grammar schools and modified them accordingly. Several changes were made that included free education for the poor; it was linked to institutions that lead towards the academic excellence quality. Pupils were not limited to just one particular class but were accessible for everyone; the prefectural system was used; endowment made it wealthy. In a short span of time, it becomes popular among the wealthy and ruling class. However, this new teaching methodology leads towards the pupil getting jobs in the army, and the court diplomacy. In the 15th century, the other colleges adapted this structure as well.

The dissolution of monasteries leads towards the recondition of their related language rules institutes as permitted or cooperative ecclesiastical/ municipal initiatives. The cooperation apposite King as leader of the Government as well as of the clerical in addition empowered Henry to maintain education of priesthood. However, the influence of church reduced by that time but the curriculum remained the same.

William’s book of bible in English; in the reign of Henry VII was the first incentive to encourage the poor to read. When Henry came to the throne in 1591, there were about 400 grammar schools. By the sixteenth as well as in seventeenth spans, the number of language rules institutes reached to two thousand in numbers by means of the endowment of benevolent dealers. Most of the circumstances, this endowment paid was usually higher than the salary of faculty teachers. Edification for the common people took place around eighteenth century. However, the business insurrection conveyed a reflective modification in the social order of England.

However, some important acts played a significant role in the betterment of the education sector of UK. Some of them are mentioned below:

According to this act, education was entered into the business world. This action permitted to the LEAs, by means of the capability to increase tariffs for the funding of schools and disband school boards. Now every school functioning in UK comes under the management of 328 LEAs.

According to this education was now free for all children. The GCSE were introduced at this level, which pertains to the O and A ‘levels. This lead towards a system of proper education, which now also proposes degrees for further education. The advancement of education has changed the perspective of edification. Now, schools were more responsible as institute well-being facility also recognized for the serving of lunchtimes of students.

This law enforced fourteen subjects program in order that has to be learned, which ultimately made easy.  This was an important aspect of the history of education. Its aim was to enhance the educational standards by creating an arcade in the education of captivating institutes.   By this act, now parents were able to choose that in which school they should send their children. In addition, specialist schools were also established. The courses included in the specialism colleges were related to arts, music, engineering, mathematics, science, technology, humanities, enterprise, etc.

All this leads towards the perfect system of education, which is now based on stages of education; primary, secondary, and tertiary, including higher education. New acts were used for the transformation and modification of the education system. In addition, by every modification, new laws were introduced in the academic institutions. In UK formerly, education was limited to the elite class, but by the improvement, masses got the chance to get hold of the education, as well to get higher education and specialization in several courses.